The Smithsonian’s National Museum of American Indian has an interesting exhibit on horses that’s worth a visit.  “A Song for the Horse Nation” offers an almost comprehensive narrative of the horses’ “return” to Indian America, complete with origin stories and artistic representations. The exhibit pieces include beaded masks fashioned for the horses to wear and a life-size tee pee with images of horses painted along the canvas. The exhibit’s website extends the exhibit’s reach and includes many of the objects and images you may see on display at the museum. There are subtle problems with “A Song for the Horse Nation,” however, and those problems can be found in the use of Edward S. Curtis photographs as background images. The Curtis photos are on display without any context, and are meant, it seems, merely to supplement or act as a kind of backdrop to the horse exhibit.

The exhibit’s use of the Curtis photographs is troubling, as it risks having mythologized images pose as historical fact. To Curtis scholars, it is well known that the Curtis project, The North American Indian, was guided by his wish to save in images the “vanishing Indian” before it was too late. The vanishing Indian theory was a popular and acceptable theory during the turn of the 20th century, yet it was not founded in reality. Indeed, by the late 1800’s-early 1900’s Indians had been relocated to reservations and, for all intents and purposes, had been able to adapt or ‘assimilate’ into American culture. Some Indians had cars and others used electronic devices like clocks in the home. To look at Curtis’ photographs, though, one would never know the photographs weren’t taken during some ancient time, so distant are the gazes, so somber and stoic are the sepia-colored faces rendered in his photographs. It is no secret that Curtis staged his photos, often using regalia and head dresses interchangeably among his Indian subjects. And it’s well-known that he paid each model one dollar to sit. (His financial support came, in part, from his studio in Seattle but mostly from the financier J.P. Morgan.)

I addressed my concerns to Paul Chaat Smith a few weeks ago during a seminar at the NMAI. Smith is perhaps best known for his book Everything You Know About Indians Is Wrong, but he is also one of the museum’s curators (though he did not work on this particular exhibit). He agreed that he himself would not have chosen to use the Curtis photos in this [problematic] way, and he asked if any context were given, would it change my interpretation.  I answered no, as the images themselves narrate a particular myth in American history that to use them as mere backdrops to Indian artwork or Indian objects on display would be to dismiss that myth, and  any use of the images out of context could be a form of accepting them as historical depictions.  (My answer takes into account yet another easily accepted myth:  the myth that the camera does not lie.  We must remember, though, that photographers sometimes do.)

In a separate discussion Smith said the museum has been working toward new ways of reaching the average American visitor, and that the curators are considering how to use what Americans already know about Indians. For example, rather than resist or protest sports team names like the Cleveland Indians or the Washington Redskins, the curators would use these names to show visitors that Indian themes exist at the height of American culture. Other objects with similar reach potential are the Jeep Cherokee and the Apache helicopter.  Can you think of any other objects/products besides these?  And please don’t say Land O’ Lakes Butter.

It is possible that the use of Curtis’ photographs as background images were meant in this vein of using what is recognisable to draw in an audience. Many Americans may have encountered Curtis’ images either through coffee table books or in the recent Curtis novel, The Shadow Catcher (2007). But those NMAI visitors that haven’t had access to these or any Curtis resources are at risk of accepting Curtis’ depiction of Indians as accurate and historic, thereby continuing the myth of the noble savage, the feather-wearing sage, the Indian princess.  I urge the NMAI curators to build a responsible Edward S. Curtis exhibit that tells Curtis’ biography, shows his photographs, including the undoctored originals, and above all, an exhibit that explains the misguided yet profitable “vanishing Indian” myth.  By using the Curtis images in any other way, as the museum has done in “A Song for the Horse Nation,” the NMAI risks affirming those myths that it means to debunk or displace.  And then we’d have to start all over again. 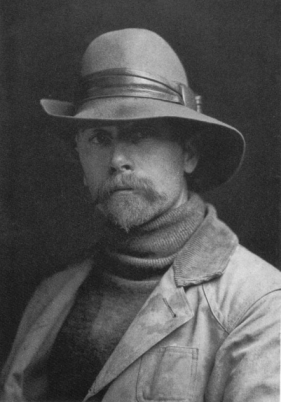 2 thoughts on “Attention NMAI: Edward S. Curtis Out of Context is Risky”